Let's go to the beach Excursions

On this excursion, we can contemplate the Atlantic coast, its beaches, its blue city, the charming streets of the medina and taste its fresh fish in one of its charming restaurants.

Essauira is a port and tourist city located on the Atlantic coast of Morocco. Its medina (old town) is protected by walls located off the coast. These walls, designed by European engineers, are called Skala de la Kasbah. Ancient metal cannons guard the walls, which have views of the sea. The strong trade winds make the city’s beach the perfect place for surfing, windsurfing and kitesurfing. Fortified town from the late 18th century, built according to the principles of contemporary European military architecture in the context of North Africa. Since its founding, it has been an important international trade port linking Morocco and the Sahara with the rest of the world.

This charming city of the coast, will teach us the whole range of blues.

You can choose the day of your excursion.

– The excursions are within our program, we help you hire them and we transfer you to each one you choose, you can choose the excursions that you most want if you want to do any, we will be with you at all times. 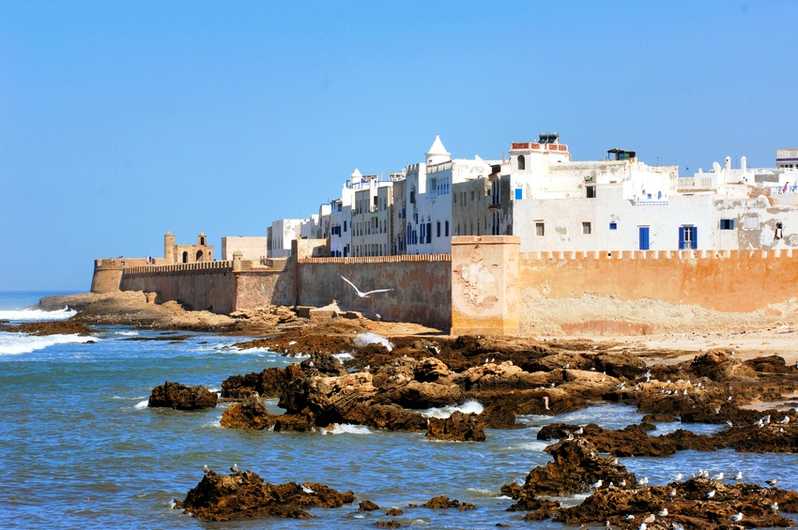